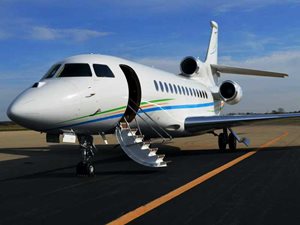 Steve Wilder has been elected chair of the Kankakee Valley Airport Authority (KVAA) Board of Directors. Wilder will lead the Board of Directors in fulfilling the KVAA’s strategic plan for airport development and aviation in the region.

Appointed to the KVAA Board in 2009 by Village of Bradley Mayor Bruce Adams, Wilder is the president of Sorensen, Wilder, & Associates (SWA), a nationally recognized leader in safety and security, emergency preparedness, disaster management, and public safety consulting services. The company has delivered these specialized services primarily to health care facilities, educational facilities, churches, government and the manufacturing sector since 1990. Prior to launching SWA, Wilder served as system director of safety and security for Provena Health and director of risk management for Provena St. Mary’s Hospital. He is also a retired 31 year firefighter/paramedic and the former fire chief for the Village of Bradley. Wilder served for 25 years as an instructor for the Illinois Fire Service Institute, the state fire academy at the University of Illinois.

Prior to Wilder’s appointment as chairman, the KVAA Board of Directors was chaired for more than three decades by Robert Glade, former owner of Glade Plumbing & Heating in Kankakee. As chairman, Glade led several major initiatives, including:


“It’s humbling to see the legacy left by Chairman Glade,” notes Wilder. “I know I speak for all of us in saying how much we applaud and admire his leadership over the years. Under Chairman Glade, KVAA saw significant efficiency and infrastructure improvements, as well as admirable growth and advancement” he added. “I am honored to continue his commitment to excellence and to support the great work of our KVAA leadership going forward.”

Glade will remain an active member of the board.

The Kankakee Valley Airport Authority was formed in 1957. The location of the airport was chosen south of Kankakee in 1959, and the Greater Kankakee Airport has been officially serving the Kankakee community since 1962. It is located 50 miles south of downtown Chicago and 70 miles north of Champaign, directly along Interstate 57 at Exit 308. The airport is home to more than 100 private hangars housing helicopter, single engine aircraft, ultralights, and turbine powered aircraft.

The Greater Kankakee Airport has received recognition over the years for its outstanding service to Kankakee County, earning the General Aviation – Publicly Owned Airport of the year award by the Illinois Division of Aeronautics in 2001 and 2012.

The airfield continues to serve the community today through general aviation. More than 100 private tenants and multiple businesses continue to utilize the field. In September 2014, the Army National Guard broke ground on the Army Aviation Support Facility, which will be completed in 2017. The facility will house 13 UH-60 Blackhawk helicopters.