KANKAKEE — When Spikeball founder and CEO Chris Ruder set out to locate a Midwest distribution center for his fast-growing backyard, beach-friendly game, he had one location on his mind — his hometown of Kankakee.

While those within the business said he needed to complete a thorough search for a site, he agreed. In his mind, however, he always knew the city where he was raised would be the spot.

Late last week, Ruder closed on the 51,000-square-foot property which was once the distribution point for Lang Auto, Bumper-To-Bumper as well as Englewood Electrical Supply. 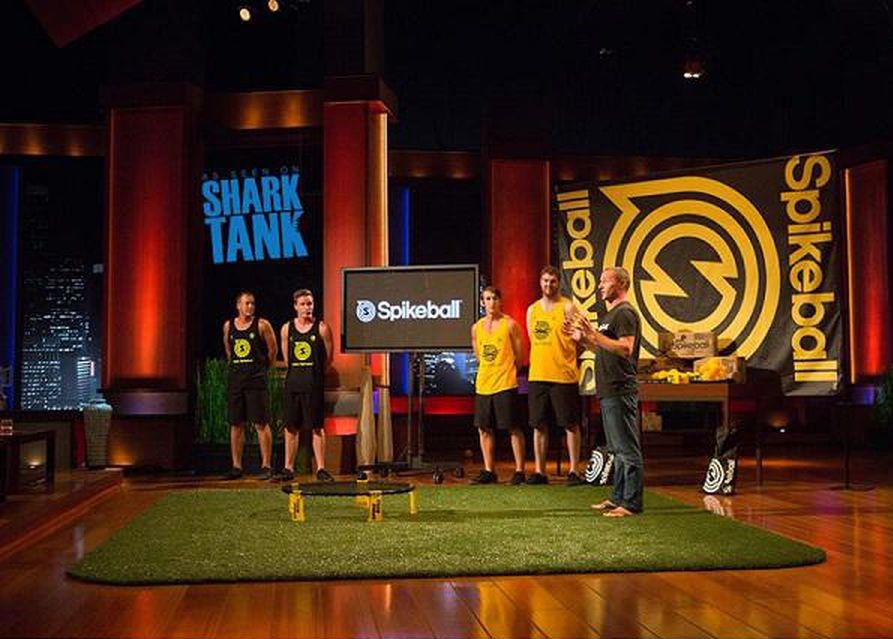 Ruder said the site will fill needs of retailers — among them Dick’s Sporting Goods, Target, Costco, Walmart, and numerous other smaller retailers as well as purchases made through his own Spikeball.com — and orders are already being processed here.

On a tour of the location late this week, Ruder said he still cannot believe the success his creation has taken. While not willing to disclose yearly sales figures, he noted Spikeball has $100 million of sales from 2008 to present.

“Just standing in here I can’t believe it. I started this in my basement. I’m absolutely astonished,” he said. “I’m just flabbergasted at how large this has become and we’re having fun doing this. It’s icing on the cake to be able to come back to my roots. I wanted a place in Kankakee. I wanted to make my roots even deeper here.”

Tim Nugent, president and CEO of the Economic Alliance of Kankakee County, is glad he has.

“This was an empty location. This is just another one of those stories. While it’s a challenge when we there is empty space, it’s also an opportunity,” he said. “We’ve seen in time and time again. It’s the circle of life for business. Someone leaves and another steps in to fill that void.”

Nugent said the fact Ruder is a product of Kankakee only makes the situation more special.

For those not familiar with Spikeball, it is a game played with four people, an orange-sized ball and a small net in the middle. It has been described as a hybrid of volleyball and four square. A player starts a point by serving the ball down onto the net so that the ball ricochets up at the opponents, who have three hits to return the ball to the net. If they cannot, the opponents score.

They are no boundaries so the game features plenty of running, jumping and diving. The team which hits 21 points first wins.

Ruder discovered the game while on vacation in 2003 in Hawaii. He loved it so much, he set out to bring the game back into prominence. He learned the game had not been patented and the trademark had expired. He paid only several hundred dollars for the trademark and later earned a patent for design changes to the game.

The actual game, which retails for $59, is produced at two manufacturing sites in China. It is then shipped to the United States and delivered by train to the Chicago region. From there the game is trucked to distribution points like Kankakee. Ruder had been operating his distribution out of the Kankakee County Training Center in Bradley, but the game’s popularity had rendered that site too small.

Ruder said he has sought to locate manufacturing in the U.S., but labor costs have made that impossible. He hasn’t given up on that part of his dream.

“We are always looking. We would love to make the product here,” he said.

He set out about two years to find a new distribution point.

After about six months of negotiations regarding the Kankakee property, Ruder closed on it late last week.

Product is already on hand and the company is looking at upgrading the building and expects some $200,000 could be invested.

Adam LaGesse, of Kankakee and a 2010 graduate of Bradley-Bourbonnais Community High School, is the Midwest distribution manager.

LaGesse said contractors have already been through the property and upgrades should be happening soon. He said the location will soon turn very busy as the holiday shopping season approaches.

“Things are going to get crazy here in the next month or so. People are going to notice a lot of activity here,” he said.

Meanwhile, Ruder sees even greater growth. He noted professional sports teams are using Spikeball as a training and team-building exercise.

“I have to say, that’s fantastic marketing for us. No way did I think it would ever turn into this. Not in a million years.”