With the much anticipated letting of the new I-57 interchange at Bourbonnais Parkway, public- and private-sector developers in Kankakee County are readying industrial and commercial sites and boosting utility service to the area. In 2014, Aqua Illinois invested $8 million in the vicinity of the new Exit 318 – 45 miles south of Chicago – to build capacity for existing and incoming industrial and commercial users. The Kankakee River Metropolitan Agency is currently investing $60M at its advanced wastewater treatment facility for the same purpose.

More than 1,000 acres of land is encompassed by the Bourbonnais Parkway Industrial TIF District, which benefits from its positioning in an enterprise zone. Area industries, including Sears Distribution, Kmart Distribution and Nucor Steel, are served by an adjacent CN rail line. As planned, the Illiana Expressway will run approximately 5 miles north of Bourbonnais Parkway. 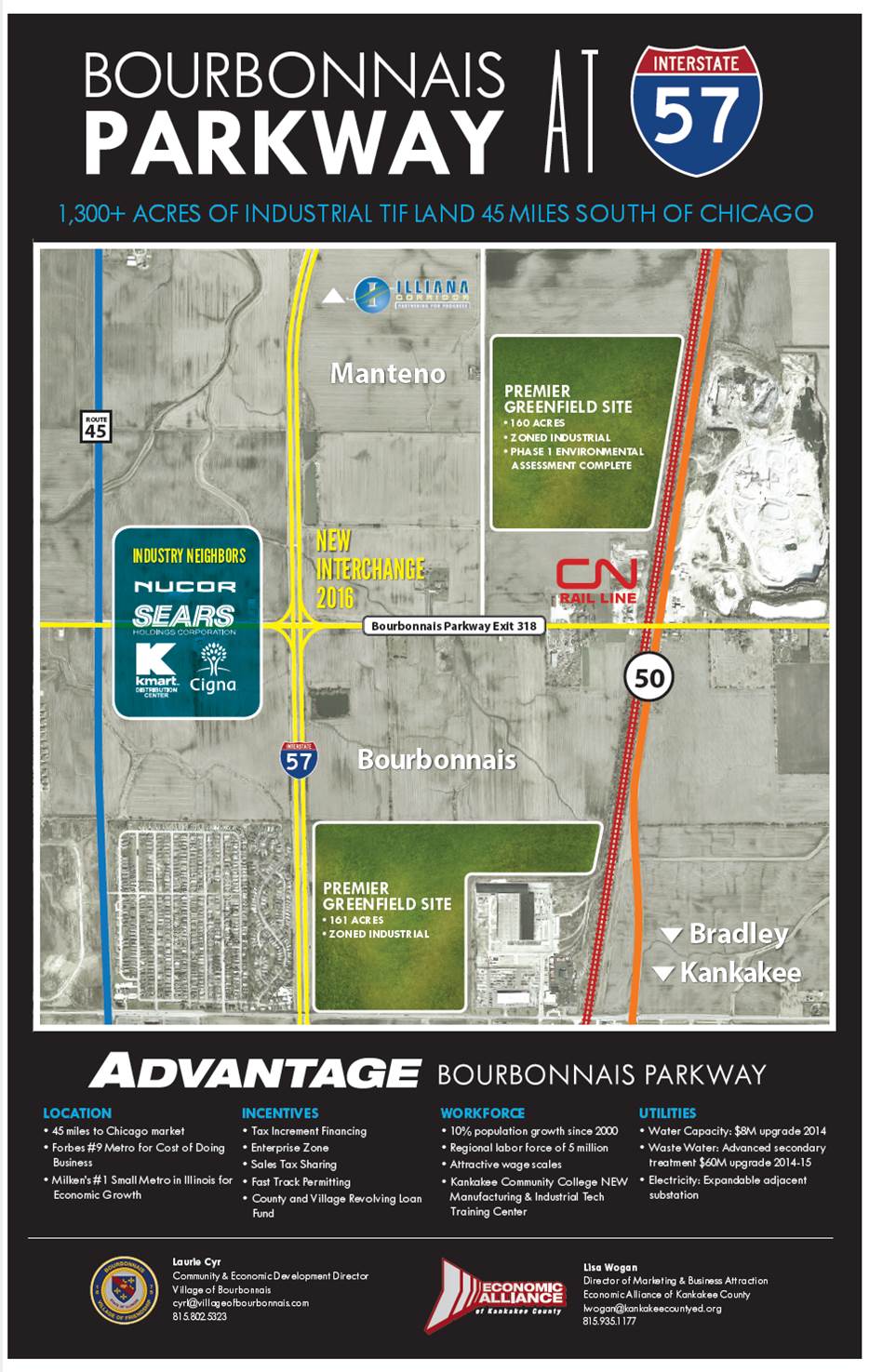