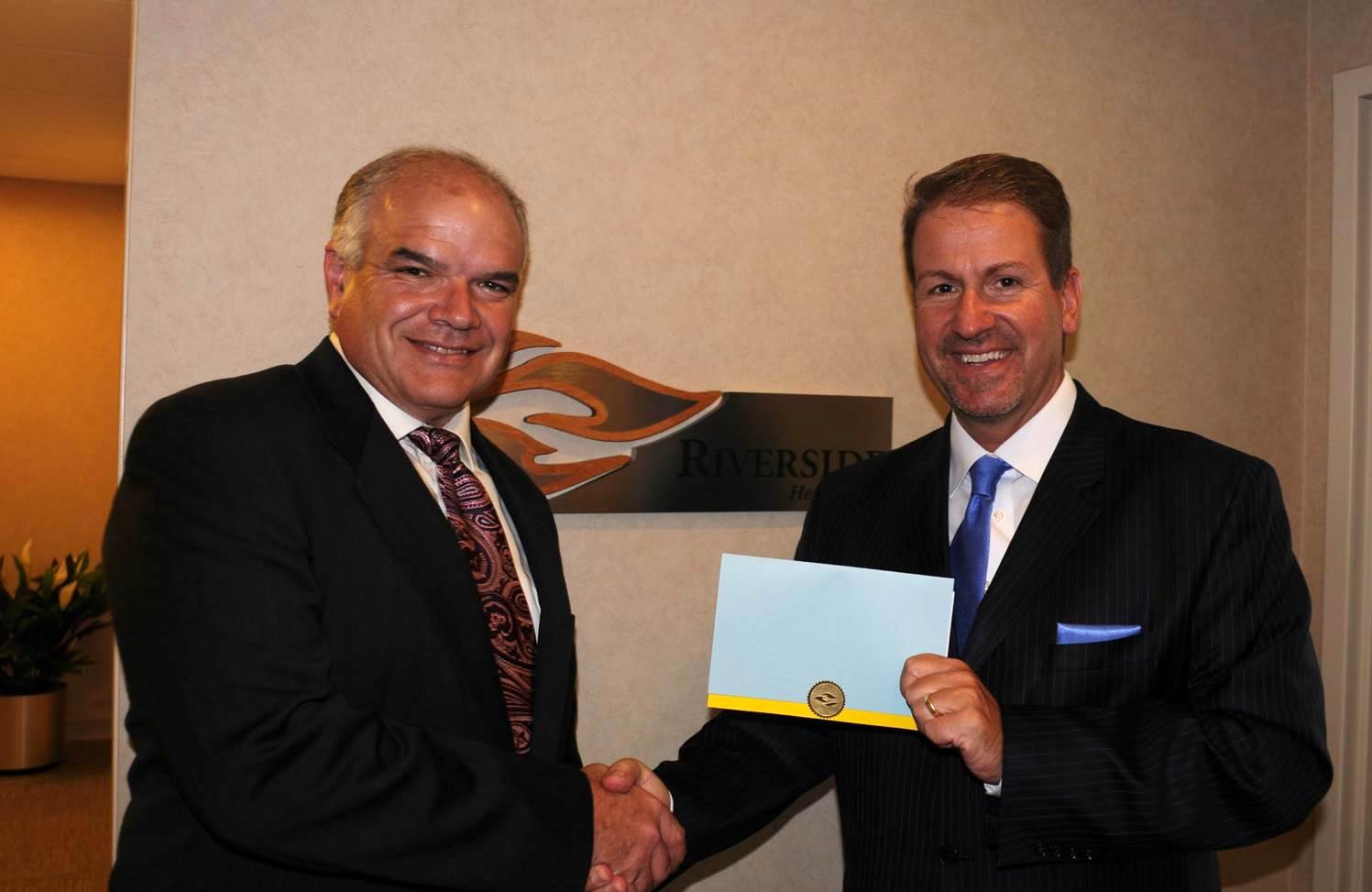 Riverside President/CEO Phil Kambic currently serves as chairman of the Economic Alliance’s board of directors.

“In that vein, the value of the Economic Alliance is clear,” Kambic continued. “The organization drives creative collaboration between the public and private sectors that delivers truly outstanding results in the areas of business development, workforce development and community development.”

For 2014, the Economic Alliance reported $650 million in major capital investment countywide and the creation or retention of 1,333 jobs. These achievements helped to earn the community the designation of #1 Small Metro for Job Growth, Technology Growth and Economic Vitality in the state of Illinois for the second year in a row in 2015 by the prestigious Milken Institute.

“In our community, Riverside Healthcare is barometer for excellence,” remarked Alliance President/CEO Mike Van Mill. “Growth at Riverside has evolved from a clear vision, a strong plan and a high-caliber team.

“Under a similar model and with strong partnerships like Riverside,” Van Mill continued, “the Alliance has great expectations for economic development in Kankakee County.”

With a workforce of 2,600, Riverside Healthcare is Kankakee County’s top employer. Riverside is a recipient of the Healthgrades 2015 Distinguished Hospital Award for Clinical Excellence, indicating it is in the top five percent of hospitals nationwide for clinical performance. In 2015, Riverside was named One of the Nation’s Top 100 Hospitals by Truven Health Analytics for the sixth time. The institution reported a total community healthcare benefit of $45,524,514 in 2014.

The Economic Alliance of Kankakee County is a public-private partnership that works to create jobs and expand the economic base by improving the local business climate. Working under Kankakee County’s 2014-19 Comprehensive Economic Development Strategy (CEDS), the Alliance is challenged to help spur $500 million in new business investment and 500 new jobs, along with assisting 150 prospective new businesses. For more information, visit kankakeecountyed.org or phone 815.935.1177.