KANKAKEE, IL – February 12, 2015 – Riverside Healthcare President/CEO Phil Kambic assumed the chairmanship of the board of directors of the Economic Alliance of Kankakee County at the organization’s February 12 meeting. Kambic, who has served on the Alliance board since 2012, succeeds HomeStar Bank President Pat Martin for a 2-year term. 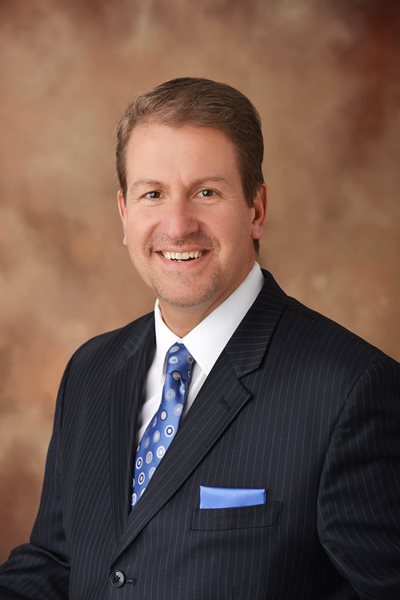 Kambic takes on the leadership role at a pivotal time for the Alliance and Kankakee County, which in January was ranked the top small metropolitan area in Illinois for the second year by global economic think tank the Milken Institute in its Best-Performing Cities index. The community is experiencing robust growth in jobs, wages, salaries and technology output, evidenced by $650 million in major capital investment across the county in 2014. This investment and the Alliance’s efforts to facilitate the new growth are detailed in the organization’s 2014 Annual Report, which was distributed at the February 12 meeting and is available online at kankakeecountyed.org.

“Industry in Kankakee County is booming,” said Kambic. “The county has a strong Comprehensive Economic Development Strategy (CEDS) and an equally strong implementation team in the Alliance staff and project partners.

“Without question, this community is poised for continued success in the coming years.”

Kambic in 2013 chaired the CEDS Strategy Committee, which was responsible for developing the federally certified document that will inform the Economic Alliance’s program of work and steer municipal growth through 2019.

“Phil obviously has an outstanding record of leadership and achievement in our community,” noted Alliance President/CEO Mike Van Mill. “He and the rest of the Alliance Board will be instrumental allies as we work to achieve the ambitious goals for business retention and expansion, business attraction, and workforce and community development that the community has set for us.”

The Alliance’s 2015 project priorities include collaborating on the development of the new I-57 interchange at Bourbonnais Parkway, Catalyst Innovation Center and the Illiana Expressway; the redevelopment of various municipal commercial districts and corridors; and the administration of the Coalition for Hope & Excellence in Education, the EnterpriseU Business Plan Competition and the Kankakee River Roundtable.

The Economic Alliance of Kankakee County is a public-private partnership that works to create jobs and expand the economic base by improving the local business climate. For more information, visit kankakeecountyed.org or phone 815.935.1177.