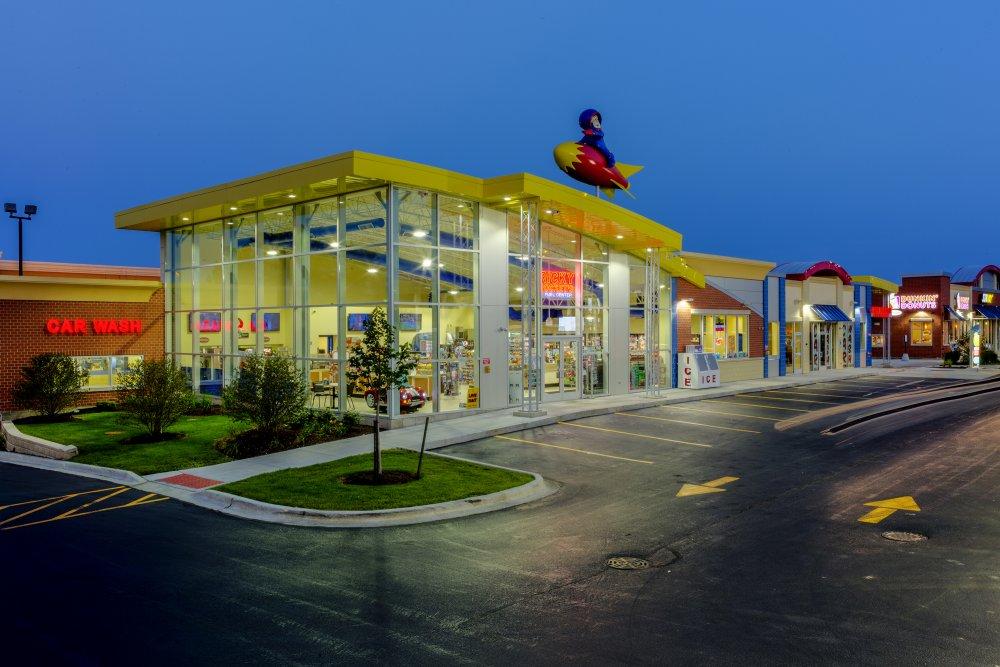 A high-profile retail redevelopment has been announced for Interstate 57 Exit 312 at Kankakee. According to Daily Journal reports, the estimated $14 million project at the northeast quadrant of the I-57 interchange at Court Street will be anchored by an 8,000 square foot Ricky Rockets Fuel Center. The development, which will also include a drive-through car wash and an outpost of the Cicero-based “Steak N Egger” diner-style, 24-hour restaurant, is expected to be underway within the next 5 to 6 months, according to owner Rick Heidner.

Construction is expected to take 10 months, according to Heidner. Ricky Rockets is projected to employ 20 full- and part-time employees. Heidner adds that the restaurant and the other anticipated food outlots could produce 30 to 40 additional jobs.

The project involved the complete demolition last year of the 104,000 square foot former Kmart property on the site. The property was purchased in late 2015 for $410,000, according to Kankakee County records.