Meijer, which operates 230 supercenters and grocery stores in Michigan, Ohio, Indiana, Illinois, Kentucky and Wisconsin, has broken ground on its expansion in Bradley, Illinois. Part of the company’s plan to invest more than $400 million in nine new and 32 remodeled stores across the Midwest this year, the Grand Rapids, Michigan-based retailer is replacing the former Kmart Super Center site at 990 N. Kinzie Ave., starting with the special use-granted conversion of an adjacent commercial parcel with a vacated Taco Bell restaurant into a six-pump, 250,000 SF gas station. 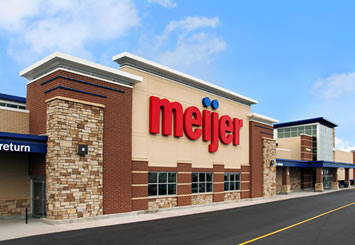 According to Daily Journal reports, plans call for demolition of the former Kmart building, which changed hands in February for $5 million, and construction of a new Meijer facility that is slated to open in the spring of 2018.

Since 2010, Meijer has opened 36 new stores and remodeled dozens of others. The company says each new store creates as many as 300 jobs.

Chief Executive Officer Hank Meijer says in a statement the company is “pleased to continue to grow and invest in the Midwest communities that have supported us for so long.”

According to Supermarket News, Meijer generated $16.9 billion in sales in 2015, up 7.6 percent from $15.7 billion a year earlier. The chain, one of the 20 largest private companies in the United States, employs more than 65,000 people.