Not only did the Kankakee Metropolitan Statistical Area retain its ranking as the #1 Small Metro in Illinois in 2018, the MSA – which shares boundaries with Kankakee County – jumped from 77 to 26 among 201 small metros nationwide in the “Best-Performing Cities Index” published by the Milken Institute in January 2019.

The Kankakee MSA has led Illinois small metros in this ranking since 2013 with the exception of one year, 2016. The index measures how well communities are creating and sustaining jobs and economic growth. The components include job, wage and salary, and technology growth.

Highlights of the Milken Institute’s 2018 findings for the Kankakee MSA, which can be reviewed here, are a #2 ranking in 12-month job growth and a #10 ranking in high-tech GDP concentration among 201 small metros nationwide.

From the BPC Executive Summary: 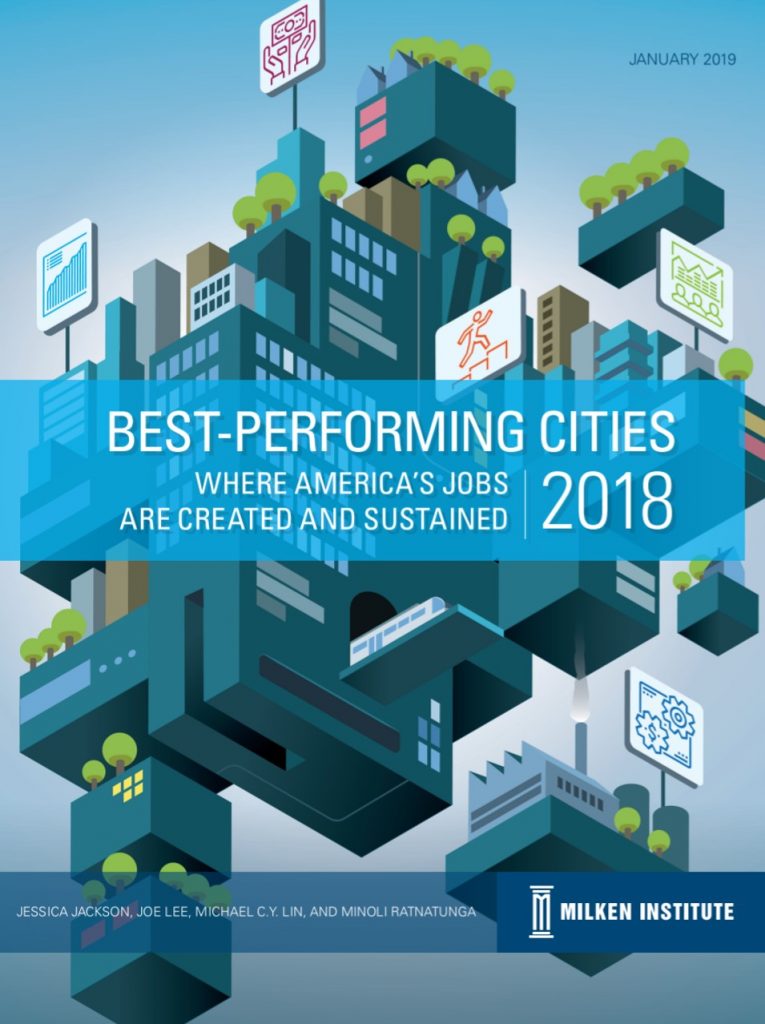 “America’s metropolitan areas have driven growth through the economic expansion, creating jobs and prosperity with their policy choices and their industrial, workforce, and innovation assets. The Milken Institute’s Best-Performing Cities (BPC) index provides an objective benchmark for examining underlying factors for and identifying unique characteristics of economic growth in successful regions. Our index uses an outcomes-based set of metrics such as job creation, wage gains, and technological developments to evaluate the relative growth of metropolitan areas. While national and international political and economic forces beyond a region’s control can affect near-term performance, the top-performing metros have cohesive strategies that allow them to leverage their assets more effectively.”

Milken’s Best-Performing Cities ranking aligns with other economic indicators and rankings released for the Kankakee MSA in recent quarters, including: