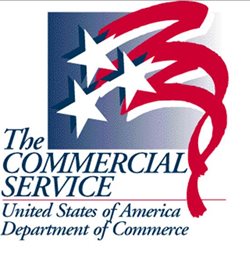 “More and more U.S. businesses are realizing that selling their world-class goods to the 96 percent of potential customers who live outside the United States is critical to their success,” said Stefan M. Selig, Under Secretary of Commerce for International Trade. “The Department of Commerce is committed to assisting companies throughout the Kankakee metropolitan area compete globally by helping them begin or expand their exporting operations. These efforts are important to strengthening both the local and national economy, and creating well-paying jobs here at home.”

“The vast majority of area exporters are small and medium-sized firms who are reaching new heights with their export success,” said Regina Heise, Network Director of the U.S. Commercial Service in Peoria. “We work with hundreds of business clients each year, and many firms soon discover their export potential is much greater than originally thought.”

Increasing U.S. exports is a top priority for the Obama administration. The Commerce Department and the Administration are working to keep businesses competitive, the economy growing and global economic leadership intact by pushing for 21st century trade agreements such as the Trans-Pacific Partnership. Current and potential free trade agreement (FTA) partners account for a large share of exports for many metropolitan areas.

For more information on exporting, contact the U.S. Commercial Service Export Assistance Center in Peoria at (816) 421-1876 or visit http://www.export.gov/illinois/.

For more information on the impact of Metropolitan Statistical Areas on U.S. exports, visit http://www.trade.gov/mas/ian/metroreport.