IKO Roofing in the South-Tec Industrial Park complex in south Kankakee is expanding as the groundwork for a 15,000-square-foot addition has begun.

The addition will allow for the hiring of 10-15 employees. The company currently employs about 90 workers. 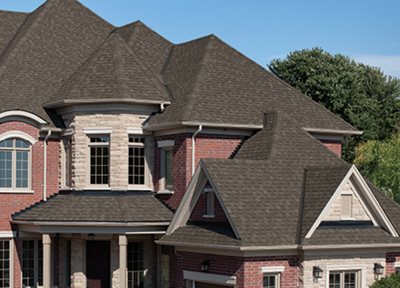 Derek Fee, spokesman for IKO North America, said the new production line will be devoted to what he labeled as an “Ice & Water Shield” rubberized peel-and-stick layer that would be placed under roofing shingles.

The three lines of ice and water shield produced by IKO are ArmourGard, GoldShield and StormShield.

“This will protect a structure against ice damage where water looks for any place to enter a building,” he said.

IKO is a privately-held company. Regarding the investment made to the plant, Fee would only describe it as “substantial.”

He said the ice and water shield produced here would cover suppliers in the Midwest. He said the product is manufactured in other IKO plants as well.

“This has been in discussion for our Midwestern [Kankakee] location for well over a year. Business is growing.”

IKO currently has about 250,000 square foot of production space at the Kankakee plant. The company, which began in 1951, operates more than 25 manufacturing plants in North America and Europe.

IKO opened the 23-acre Kankakee site in 2005. Since that time, the company has nearly doubled its Kankakee workforce, starting here with 55 workers.