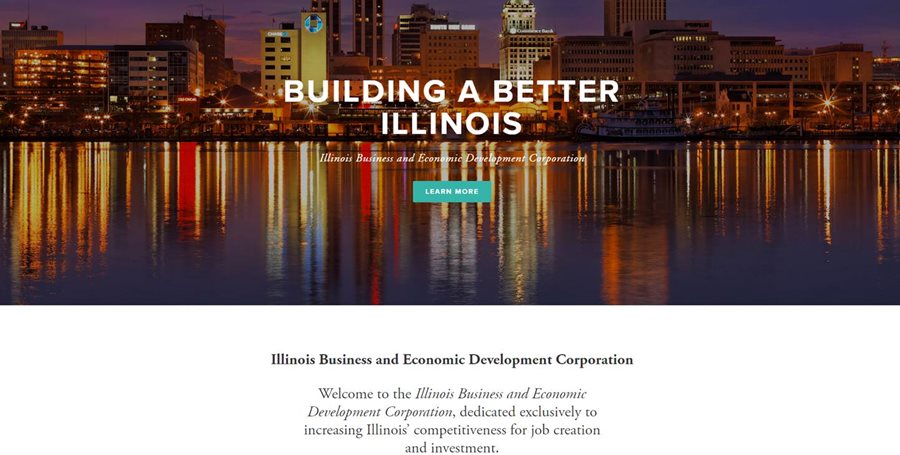 SPRINGFIELD – January 27, 2016 – Governor Rauner today announced in his State of the State address that leaders at the Illinois Department of Commerce & Economic Opportunity and business stakeholders will collaborate in organizing a newly formed private, non-profit organization focusing exclusively on increasing Illinois’ competitiveness for job creation and investment. The creation of a private economic development organization was a key recommendation of the Governor’s bipartisan transition committee last year.

“Illinois is at a critical crossroad,” Illinois Department of Commerce Director Jim Schultz said. “We have among the best assets in the world, including unparalleled access to global markets with our five international airports, seven Class I railroads, the third largest interstate highway system in the country, the third largest intermodal port in the world, and more. We have over 200 higher education institutions around the state, a growing innovation ecosystem, a diverse and dynamic workforce, along with an abundance of natural resources.

“There is no reason Illinois should not have a thriving economy. Yet we continue to lag behind other states and national averages, and we are losing a steady stream of businesses, jobs and residents to other states. Last year, Illinois lost an average 250 jobs a month and ended 2015 with 3,000 fewer jobs, in stark contrast with overall national growth. Middle class families are hurting as traditional footholds like manufacturing are decimated, losing 14,000 jobs in 2015 alone. The result is families fleeing the state in droves; in 2015 more than 100,000 residents left Illinois.

“We must take decisive, focused action if we are going to reverse our state’s economic decline and put Illinois back on the path to growth and prosperity,” Schultz said. “The rigid structure and suffocating bureaucracy of the Department of Commerce hinder our ability to attract businesses to Illinois and to drive economic development. A mere 14 percent of Department of Commerce staff is dedicated to economic development activities, limiting the resources to attract and to retain business, which is a disservice to Illinois businesses and taxpayers.”

“We must take a new approach to growth in Illinois; the status quo is no longer acceptable,” Schultz said.

The Illinois Business and Economic Development Corporation (ILBEDC), modeled from best practices of other successful state and local economic development organizations, will focus on sales, marketing and exceptional customer service. It will work at the speed of business and maintain lean, efficient operations. The corporation will be governed by a diverse board of experienced economic development and business leaders dedicated to returning Illinois to prosperity. Final composition of the board is still under development.

The corporation will maintain strict standards of transparency and accountability, based on industry best practices, including a robust conflict of interest policy, public disclosure of donors, and application of other transparency laws. The ILBEDC will not replace the Illinois Department of Commerce, which will maintain key functions, including federal program administration and final authority and oversight of all state grants and incentives negotiated by the ILBEDC.

The ILBEDC, for which Articles of Incorporation were filed this morning with the Illinois Secretary of State, is a private organization seeking 501(c)(3) status. The Governor will sign an Executive Order in the coming days to formally establish its relationship with the Illinois Department of Commerce. The formation of the ILBEDC and its operations at least through FY16 will be funded entirely with private donations. The Department of Commerce will maintain all its existing duties, including working with companies on expansion and relocation efforts, until the ILBEDC is operational.