The Economic Alliance of Kankakee County proudly supports Selling Happiness and The Lively One, twin PBS-slated documentaries by acclaimed filmmakers Tom Desch and Pat Wisniewski with Lakeshore Public Media that recount the thrilling story of how Kankakee’s Romy Hammes and his descendants developed new promotional, service and financing models that brought the automobile to the masses in its earliest days of production. These films promise to serve as another excellent platform to tell our community’s success story in a highly creative and authentic way to a national audience. 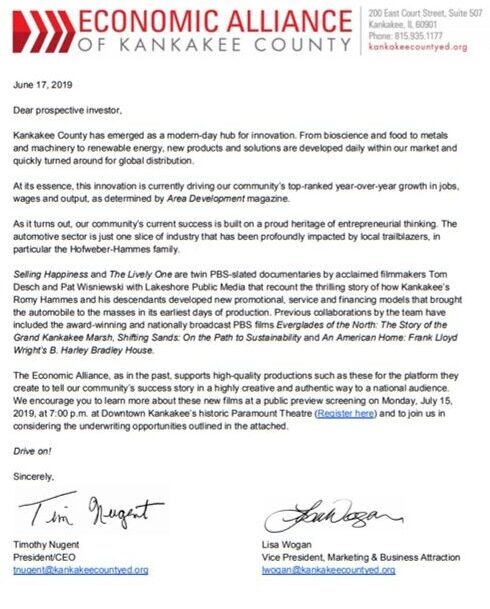 We encourage you to learn more about these new films at a public preview screening on Monday, July 15, 2019, at 7:00 p.m. at Downtown Kankakee’s historic Paramount Theatre (REGISTER HERE) and to join us in considering the underwriting opportunities outlined.

Few machines have transformed the way we live quite like the automobile. Today, we take the success of the technology for granted, but during the car’s early days, upheaval was the norm. Hundreds of manufacturers fought to rise to the top of this new ultra-competitive industry, but the vast majority failed. Famously, Henry Ford surged ahead of his competition with his development of the Model-T, a car that was rugged and affordable to the masses. Despite the car’s advantages, it would take the rise of a new kind of American entrepreneur to ensure its success – the car dealer. It would be the dealers that would connect these new machines to communities around the country.

At a time when people were hesitant of trading their horse for a car, it would be the dealers that would teach people to drive. 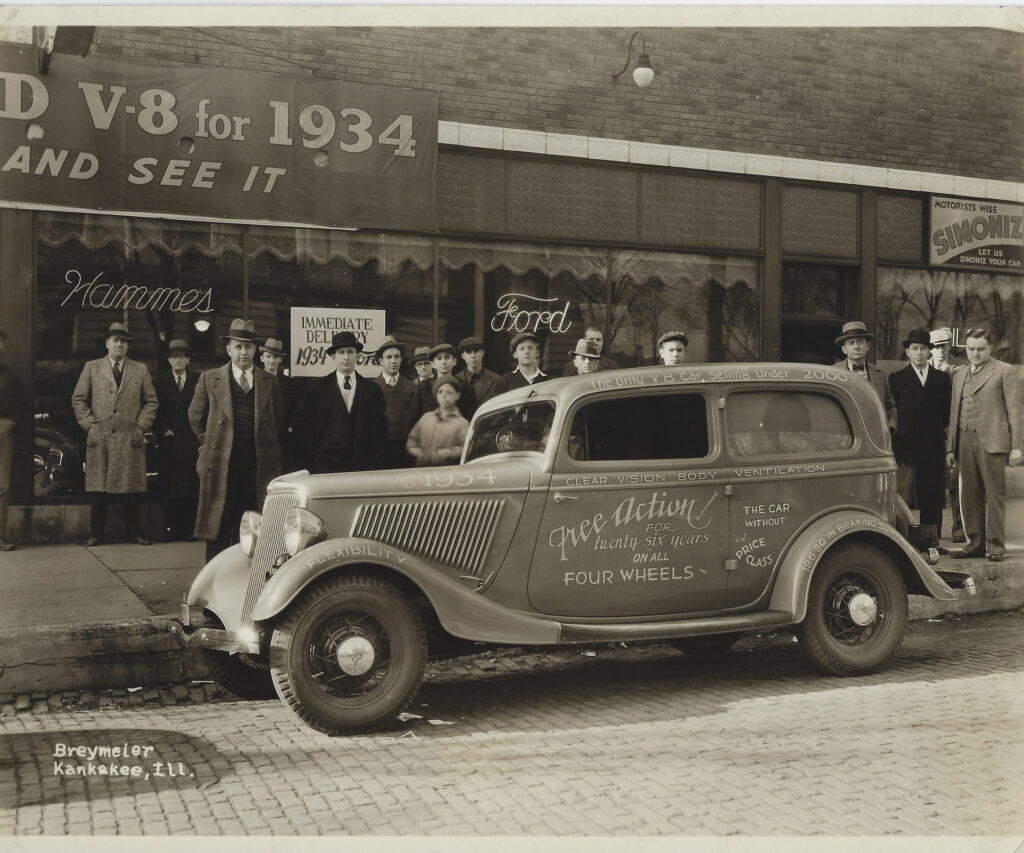 Today, there are well over 30,000 car dealerships in the United States, but when the car was new, these entrepreneurs took an incredible risk. Selling Happiness is a half-hour PBS documentary that follows the risks taken by Kankakee County’s Hofweber-Hammes family through three generations in the business.  Throughout the 20th century, the family would adapt to the changing role of the automobile in American society, and in doing so, change the very industry of which they were a part.

Selling Happiness is the latest collaboration between filmmakers Pat Wisniewski and Tom Desch and Lakeshore Public Media.  Earlier collaborations have included the award-winning Everglades of the North: The Story of the Grand Kankakee Marsh, Shifting Sands: On the Path to Sustainability, An American Home: Frank Lloyd Wright’s B. Harley Bradley House, and most recently, The Lively One: Dick Brannan’s Rise to Drag Racing Fame.

All of these films have aired on PBS stations across the country and are regularly broadcast in the Chicago/Northwest Indiana market area on Lakeshore PBS.