I have covered the meteoric rise of our local legends Brickstone Brewery for the last two years: From the launch of their production facility, to their tenth anniversary party, to the expansion of their beer distribution, and now to the latest development. They are welcoming their new tanks in their facility, and will double their capacity to push out some of Illinois’ – scratch that, the Midwest’s and maybe even the country’s — finest beer. 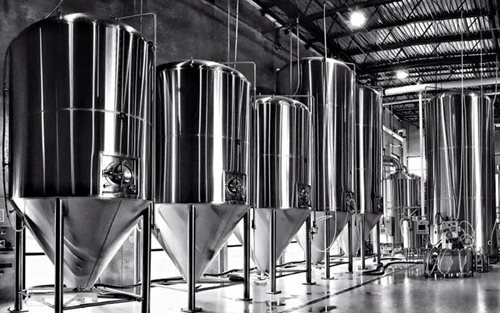 The amount of barrels in brewhouse figures how much beer can be brewed at one time.

“It’s hard to forecast sales and demand in such a competitive market, but we were hoping one day we would outgrow our original capacity. We just weren’t sure the timeframe,” said Tommy Vasilakis, Brickstone’s master brewer.

He added that this expansion will allow the company to grow and meet what their customers are already demanding. They hope to distribute throughout the state of Illinois.

As is often the case with smaller, independent craft breweries, there seems to be a bottomless thirst for craft beer in Illinois as well as the nation. One of the key choke points of any growing business is the ability to produce enough as quickly as it is consumed.

In the brewing world, one of those choke points is fermentation capacity. Brickstone Brewery doubled down on their investment when they opened their production facility last year, taking a gigantic leap from a 3 barrel brewhouse to a 50 barrel brewhouse overnight. Once they made the jump, hey were brewing in one batch what would have taken them over 16 batches to do. The standard boiling time is approximately 60 minutes (although there is a lot of variation here), so what would’ve taken all day now took an hour.