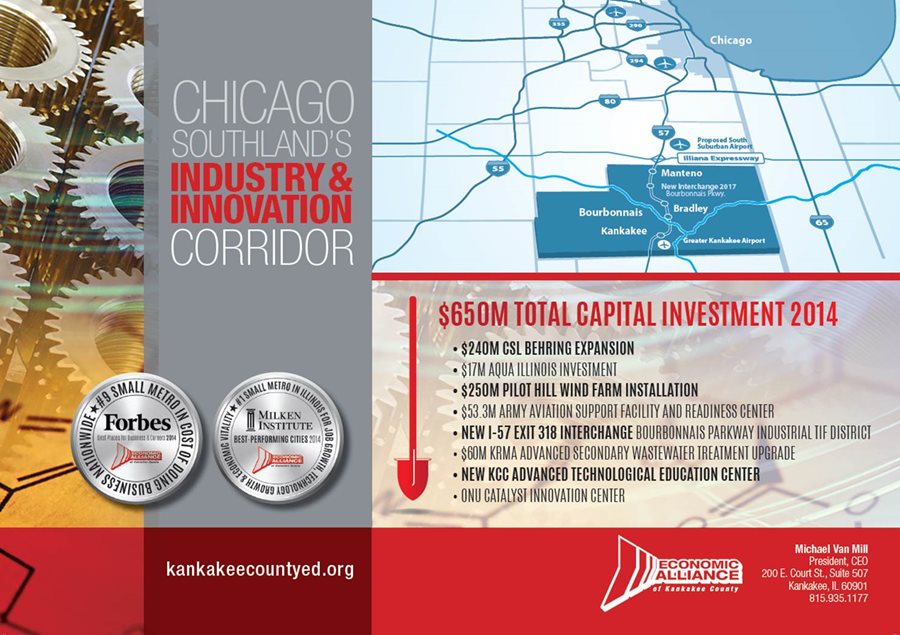 The Economic Alliance has released its Q2 2015 advertisement for publication. The 10″ x 7″ ad reinforces Kankakee County’s distinction as #1 Small Metro in Illinois for economic vitality and job growth according to Milken Institute and #9 Small Metro for Cost of Doing Business nationwide according to Forbes. The piece also conveys Kankakee County’s proximity to Chicago as well as specifics of the community’s impressive 2014 major capital investment of $650 million.

The ad will appear in promotions through the summer, most immediately in the June issue of Illinois Real Estate Journal.